- Have one subject and one verb.

Example.) I love the 4th Grade. 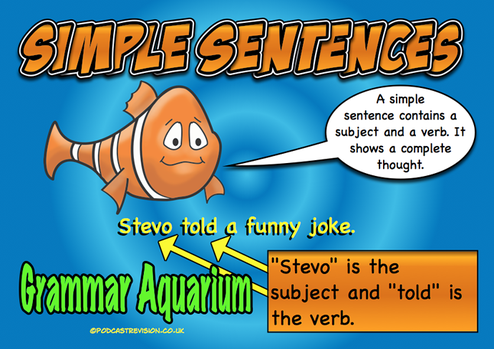 Can be thought of as two or more simple sentences joined together.

A compound sentence refers to a sentence made up of two independent clauses (or complete sentences) connected to one another with a coordinating conjunction. 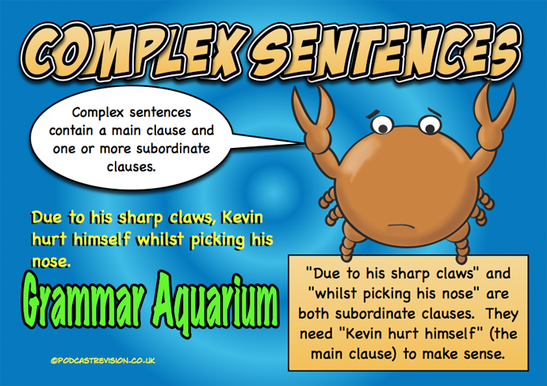 ​Subordinate/Dependent Clause - "A subordinate clause (or dependent clause) is a clause that cannot stand alone as a complete sentence because it does not express a complete thought.

Like all clauses, a subordinate clause has a subject and verb "
(http://www.grammar-monster.com/glossary/subordinate_clause.htm).

​Clause - "In grammar, a clause is the smallest grammatical unit that can express a complete proposition. A typical clause consists of a subject and a predicate, where the predicate is typically a verb phrase – a verb together with any objects and other modifiers" (Wikipedia).

​Phrase -  "In linguistic analysis, a phrase is a group of words (or possibly a single word) that functions as a constituent in the syntax of a sentence—a single unit within a grammatical hierarchy. A phrase appears within a clause, although it is also possible for a phrase to be a clause or to contain a clause within it"  (Wikipedia).